When it comes to bringing new devices to market, vivo tops the list as it keeps on launching new devices after every few months, The company had launched the S9 series in March and now it is working on the S10 lineup that is all set to be launched next week. While we yesterday told that Samsung Galaxy S22 Ultra will rely on 108 Mp instead of 200 MP, being the first company with the giant camera, we were wrong. vivo S10 is all set to make its way to market, is also equipped with a 108 MP camera. The Chinese company has not revealed that how many devices will make it to the S10 lineup but we will get vivo S10 Pro model according to the posters on Weibo.

From the images shared, we have come to know that S10 Pro will feature three cameras on its rear panel, and the primary one will be a 108 MP sensor as mentioned above. 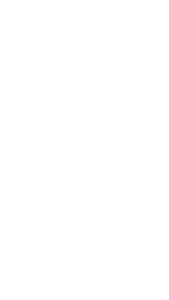 The images above show that the device has flat frames. Moreover, the image shared on vivo’s Chinese website reveals that S10 Pro will have a notched display, featuring two front-facing cameras.

Other than this, the company has decided to keep everything private. However according to the leaks which might be true or wrong, vanilla S10 will come with Dimensity 1100, 108MP primary camera, 44W charging, UFS 3.1 storage, NFC, and two RAM options – 8GB (+ 3GB virtual) and 12GB (+ 4GB virtual).

While we have one week to the announcement of the device, we might be getting more details till that time. Let’s wait and watch.