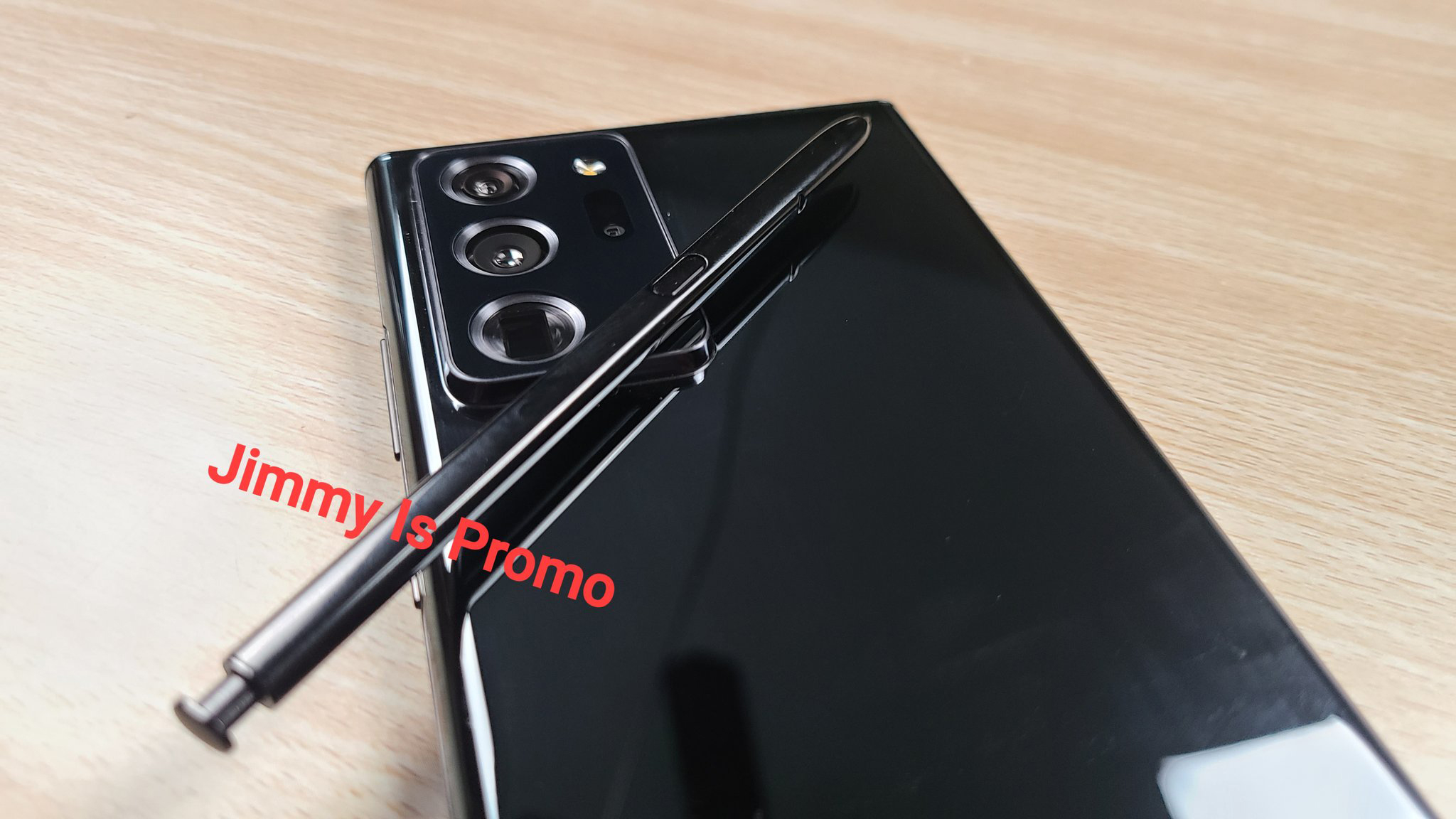 Though it’s impossible to verify the accuracy of the photograph and Jimmy is Promo’s subsequent tweets regarding the device, the images look very similar to previous leaks we’ve seen over the last few weeks related to the Note 20.

The real-world photos give us a glimpse of the Note 20 Ultra’s triple-rear camera bump that looks very similar to the S20 Ultra’s. There appears also to be a 3D time-of-flight sensor on the back of the smartphone as well. Finally, there’s another photo of the front of the smartphone showing off its centred hole-punch front-facing camera at the top of the display.

Another thing worth noting from the images is the location of the volume rocker and power button on the right side of the device, just like the S20. With the Note 10, these buttons were located on the left side of the display.

Jimmy is Promo goes on to say the handset’s S Pen and bottom speaker are shifting to the left of the smartphone’s charging port.

Regarding specs, the Note 20 Ultra is expected to feature a Qualcomm Snapdragon 865+ processor — a processor that hasn’t been released yet — an S Pen with additional features, new camera functionality that includes 100x zoom, and a QHD+ 120Hz screen.

Though these images seem to be of the Note 20 Ultra, there are also rumours circulating that Samsung plans to release the smartphone in two sizes, including a standard 6.42-inch Note 20 and a larger 6.97-inch Note 20 Ultra.