The Redmi Note 10 Ultra 5G has been spotted on the brand’s official website ahead of the launch. The listing has now been taken down but screenshots are already circulating on the web.

The listing revealed key specifications as well as pricing of the Redmi Note 10 Ultra 5G. The Xiaomi sub-brand is scheduled to announce the Redmi Note 10 5G series on May 26th in China. The listing also confirms that the lineup will consist of standard, Pro and Ultra variants. 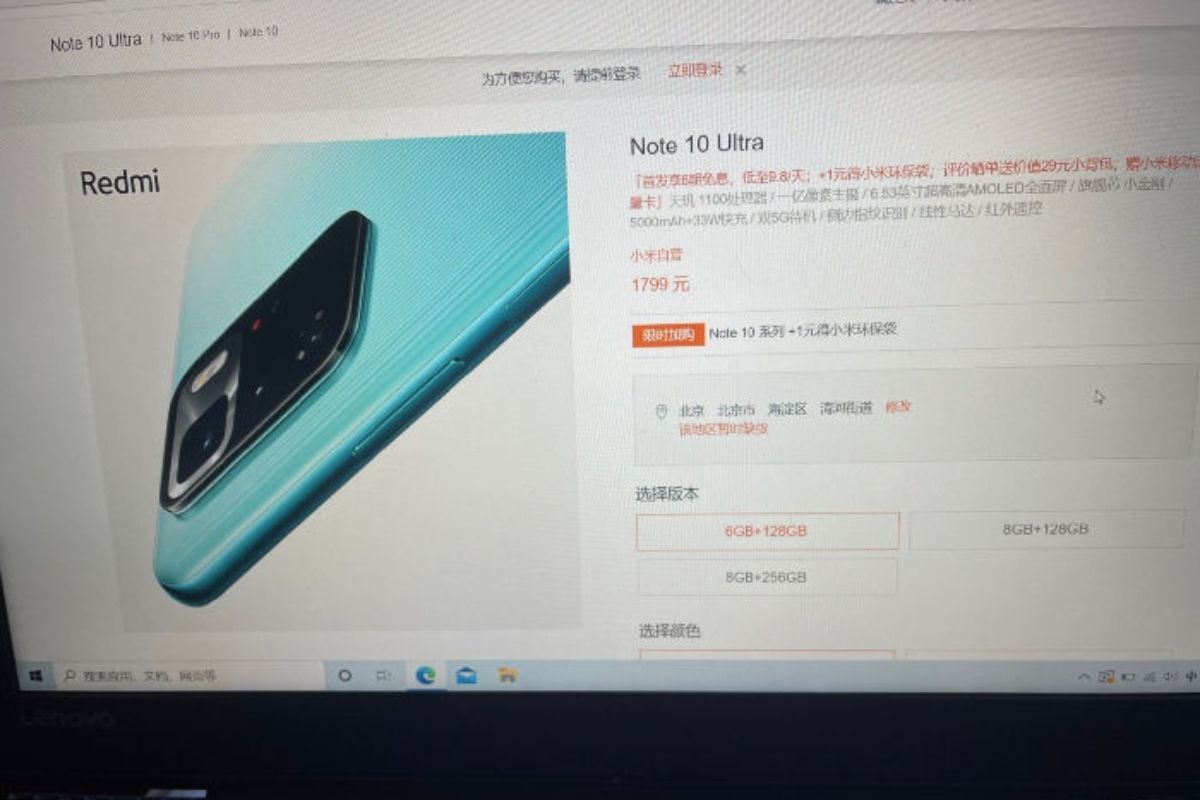 According to the leaked listing, the Redmi Note 10 Ultra 5G will sport a 6.53-inch AMOLED display. The render image of the smartphone shows a huge rectangular camera bump and a vertical striped pattern on the rear panel. The Chinese text on the listing also mentions a side-mounted fingerprint scanner, linear motor, IR blaster and 5G support.

Additionally, Redmi also released an official poster of the Note 10 Ultra 5G in Phantom Blue colour. It looks similar to the leaked listing. We will know more about the smartphones next week.