Asus is one of the only few OEMs that release only a handful of smartphones into the market every year.

This strategy of streamlining its portfolio should have resulted in the company being able to release software updates quicker to eligible devices.

However, that’s not exactly the case with Asus smartphones. At present, the Taiwan-based OEM has rolled out Android 11 to the Asus ZenFone 6, ZenFone 7, and ZenFone 7 Pro. 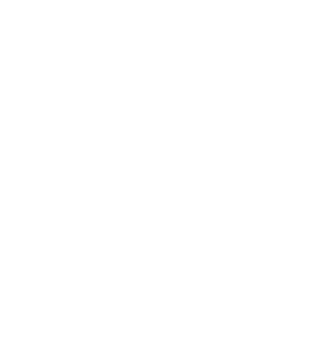 The ROG Phone 3 is yet to get the stable update and Asus is still evaluating the possibility of bringing Android 11 to the ZenFone 5z.

Having said that, Android 11 is old news for many since Google has already rolled out the Developer Previews of Android 12 for app makers to begin testing their apps on the latest version of the OS.

Further, Google is expected to share more details regarding the upcoming Android version in its Google I/O event scheduled for May 18 – 20.

Last year Asus began beta testing of Android 11 on the ZenFone 6 a couple of months after Google rolled out the first public beta update to its Pixel smartphones.

So if history repeats itself, we can expect to see Asus begin beta testing Android 12 around two months after Google rolls out the beta update.

Speaking of which, according to Google’s official Android 12 schedule, it will begin seeding the beta update sometime in May and is expected to release the stable update towards the end of August or in September.

The stable Android 12 update for Asus smartphones should go live by the end of the year and the ROG Phone 5 series or the ZenFone 8 series (expected later in the year) should be among the first to get it.

Asus usually promises at least 2 major OS updates for its mid-range and flagship smartphones. And since it has been out of the budget segment for a while now, there aren’t any budget-friendly models listed to get the new OS.

That said, those Asus devices that come with Android 10 or Android 11 pre-installed should get the update to Android 12.

So we’ve put together a list of such phones. Check it out below:

Of course, this shouldn’t be misconstrued for an official list from Asus because it isn’t. So there’s a chance that the company may decide against releasing Android 12 for either of these phones.

As for the skin, Asus may release Zen UI 8 in the coming months which may also be the skin that it uses when it rolls out Android 12.

However, since there isn’t much clarity on the matter, we’d suggest taking this information with a pinch of salt.

IST 11:50 am Add one more device to the list, as Asus has confirmed that the newly launched Asus ZenFone 8 and ZenFone 8 Flip will get at least 2 major updates, clearing the Android 12 path for the duo.

IST 10:24 am Asus has arrived early this year with recently launched Asus ZenFone 8 already geared up to be part of the Android 12 developer program.

Asus has a dedicated page for all those who wish to get their hands on the latest iteration. Check it out here.

IST 11:49 am The Android 12 update build is now live and up for grabs for those Asus ZenFone 8 users who wish to test it earlier than anyone. Download it here.

Whatever the case, we’ll update the tracker if and when there are any developments regarding Android 12 for Asus smartphones.

IST 11:52 am Asus now says that it will only start rolling out Beta builds of Android 12-based Zen UI after Google pushes out its stable Android 11 build. More on that here.

Note: We’ll add the tracker table to this article once Asus starts seeding the Android 12 beta or stable update to any device.