Here is the current status

Over a year into its operations, Poco surprised many back in 2020 by announcing its intentions to disassociate its business model from that of the mother company — Xiaomi.

The sub-brand, however, did confirm that despite its “independence” from Xiaomi, it will still use the latter’s MIUI on top of Android. But this isn’t the only thing Poco is still getting from Xiaomi.

Ever since going solo, Poco has unveiled a bunch of new phones that are complete rebrands of some of Xiaomi’s Redmi handsets. The Poco C3, for instance, is a rebranded Redmi 9C.

The Poco X2 is a rebranded Redmi K30 and in fact, the latter’s successor — the Redmi K40 — is set to be rebranded as the Poco F3 when it hits the global market.

Well, better brace yourself for more of these, at least for the foreseeable future. It remains unclear how more independent Poco will become in future.

Until then, current Poco device owners can expect to continue receiving MIUI updates, and the next in line is MIUI 12.5 — the bridge between MIUI 12 and the major MIUI 13 expected later this year.

We’ve had longstanding coverage on MIUI 12.5 that you can check out here. As for if and when your Poco device will receive the update, read on.

Poco hasn’t announced the full list of devices eligible for MIUI 12.5 update. But since the update still comes from Xiaomi and we know a thing or two about MIUI updates in general, we have a good idea of what to expect. 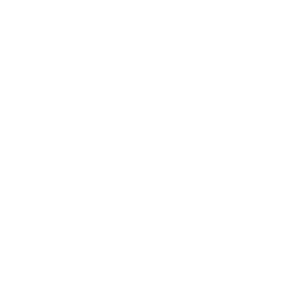 For starters, most Poco devices are eligible for the update to MIUI 12.5. This is true for those that just received MIUI 12 as their first major update as well as those with MIUI 12 pre-installed out of the box.

Granted, below is a list of Poco devices that we think will be upgraded to MIUI 12.5.

Of course, the upcoming Poco F3, Poco F3 Pro, and Poco X3 Pro should also be upgradable to MIUI 12.5, just like their Redmi K40 and Redmi K40 Pro counterparts.

Owners of the Pocophone F1 aka Poco F1 must be wondering why their device hasn’t popped up by now. Well, it’s because it likely won’t be part of the MIUI 12.5 update, but you can never be too sure.

With that out of the way, here is when you can expect your Poco phone to bag the MIUI 12.5 update, at least according to the info we have gathered.

Poco has announced the initial list of phones that will be upgraded to MIUI 12.5 update. Only three devices — Poco F2 Pro, Poco X2 and Poco M3 — are mentioned, but more devices should still bag the update.

Owners of the three on the European, global and Indian MIUI ROMs can submit their interest to get early access to the stable MIUI 12.5 update by March 31. Details here.

The official rollout for other Xiaomi phones begins in April, which is around the same time some Poco devices should pick up the MIUI 12.5 update.

Since the usual pattern of rolling out gradually will be followed, some Poco devices may have to wait for months before receiving the same update. We have the tables below to keep track of this rollout.

06:17 pm (IST): The Poco X3 NFC is set to be discontinued after getting replaced by the Poco M3 Pro but that is nothing to worry about as the device should still get treated to MIUI 12.5, MIUI 13, and even Android 12 updates. Details here.

04:57 pm (IST): The Poco F3 has now bagged the MIUI 12.5 stable update in Russia and Indonesia. The download links and changelog has been given here.

12:55 pm (IST): Now that Xiaomi has rolled out the MIUI 12.5 update for the Mi 8, it’s likely that we’ll see the update sooner rather than later for the Pocophone F1 or Poco F1. Head here to know more.

06:27 pm (IST): The Poco F1 MIUI 12.5 update may be delayed or even canceled since the plans for it aren’t currently concrete as per a community mod.

01:25 pm (IST): Now, Poco has released the global MIUI 12.5 ROM for users of the Poco F2 Pro. You can learn more about this and view the download link for the same here.

NOTE: The tables below will be updated regularly to reflect the latest info available.