Android introduced a proper system-wide dark mode back in 2019, but many app developers still haven’t come around implementing proper dark themes for their apps — even Google didn’t update Google Maps until earlier this year. That’s where a neat app from a third-party developer comes in, Kieron Quinn’s DarQ. It uses hidden system hooks in Android 10 and higher to force dark mode on unsupported apps, and it has just received its biggest update yet to version 2.0 — complete with wallpaper-based app colors thanks to Android 12’s Monet theming system. It even works on lower Android versions.

According to the release notes, version 2.0 is a complete rewrite from scratch, and it packs a lot of improvements. The interface is modeled after Google’s latest Material You guidelines, with a big header, wallpaper-based background colors, and smoother overscroll animations. From the looks of it, the app could basically be an Android 12 system app. The wallpaper-based theming works on Android version 5 and higher thanks to a custom MonetCompat library built by the developer. You might have to restart the app or even your phone to have new wallpaper colors applied, though. 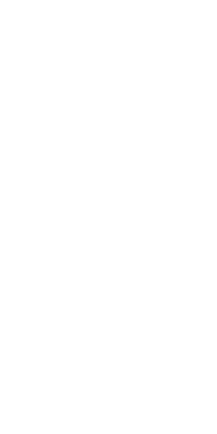 DarQ’s theming is based on your wallpaper on Android 5+.

On the technical side, DarQ 2.0 gets rid of its reliance on an accessibility service and its own ADB script solution and now instead uses Shizuku, an app that serves as an ADB plug for using restricted system APIs needed by DarQ. Quinn says that you can think of Shizuku as “a Superuser app for non-root devices.” You need to start it once per boot by plugging your phone into your computer (not necessary on Android 11 and higher), but it should lead to a much more stable experience for DarQ than the old accessibility method, so the tradeoff is worth it.

Functionally, the app still works as it used to. You can either choose to have all apps dunked into the forced dark mode or pick individual apps that don’t have a dark theme of their own yet.

DarQ initially didn’t properly work on Android 12 because of an issue with Shizuku. The ADB app has since received an update to version 11.7.0 that fixes the problem in question, and now, DarQ 2.0 runs without restrictions.

If you want to play with the Monet colors some more, tap the version info in the app (“DarQ v2.0”) a few times to activate its developer options, and you can manually pick a color for your wallpaper instead of relying on the automated selection.

You can read more about DarQ on the project’s GitHub page, where it’s also available for download, but you can get it over at APK Mirror, too.

Text updated with details on Android 12 compatibility and Monet.