‘Fortnite’ New Year 2021: Event Leaks Show What to Expect But Some Fans are Not Happy


“Fortnite” New Year’s Eve event is an annual tradition for the game and its gamers, capping off the night with a grand display of festivities, but early leaks have surfaced that show what to expect in the coming event. 2020 is coming to an end and 2021 is there to face the people, with Epic Games joining hands with gamers on this night of joy and celebration. 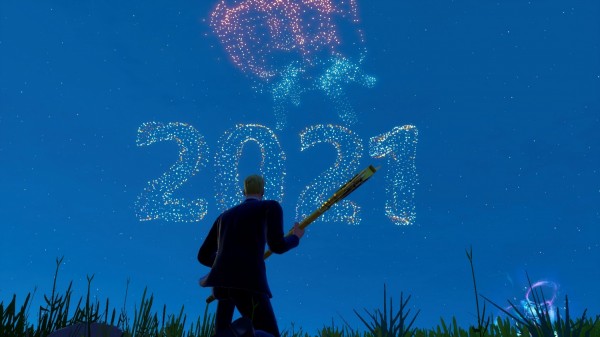 One of the most controversial games of 2020 (next to “Cyberpunk 2077“), “Fortnite,” has made it a tradition to join gamers in welcoming the new year with a bang and loud celebrations. Certainly, the game was preparing to bid farewell to this year and they would not back down without a glorious celebration with gamers who choose the game for the celebration.

Known “Fortnite” leaker, M1 (@m1fnbr) recently shared leaked photos and videos regarding the upcoming New Year’s Eve event by the game for everyone who will be playing during the holiday event and celebration. Like every year, it would be filled with almost the same routine of having a virtual show of lights and cheer for everyone to see.

Read Also: ‘World of Warcraft: Shadowlands’: How to Upgrade Sanctum with the Best Possible Order-Guide

Spoiler Alert: Fortnite is bombarding people with fireworks that are launched in the sky, brightening the game’s scheduled night time as New Year’s Eve event dawns on every match being played. Yes, users need to be in-game matches to experience, see, and join the celebration with Epic Games to welcome the new year.

However, this leak is not much of a spoiler as it is the same as every year’s celebration of a fireworks display and a night of dancing in different locations in the game. Also, the night time mode on “Fortnite” would be showing by chance, and would not be the same for every gamer, but servers might put everyone in-game near the New Year’s Eve event celebration time with darker skies to fully enjoy the show.

Also, Epic Games would be adding the famous disco ball that will shine the skies where gamers can dance using their emotes (and pickaxe swings), accompanied by music fitting the New Year. A new emote is available in the game’s shop, that balloons 2021 up.

Get the Out with the Old Emote in the Item Shop now! pic.twitter.com/peqycrPgJA

‘Fortnite’s’ 2020: A Roller Coaster Ride for the Game and Developers

Gamers for the game’s mobile platforms have been forced out of smartphone gaming as “Fortnite” got in a feud with Apple and Google that removed it from the App Store and Play Store. Moreover, the retaliation from both sides, with “Fortnite” posting a cryptic video of “Nineteen-Eighty-Fortnite,” showed that it would not back down from a fight.

Initially, it battled out a lawsuit against Apple, which did not fare well with lawmakers and the court, arguing that its developers did not respect the agreement both companies had during its time in the iOS. “Fortnite’s” 2021 New Year’s Eve event would be symbolic, as it would give the game a chance to leave all issues behind.