Realme has been doing a decent job at getting the Android 11 update to some of its devices, albeit in beta form. The stable update has only been released for the Realme X50 Pro and Realme X50 Pro Player Edition.

Although recent developments indicated that the company will be rolling out Realme UI 2.0 based on Android 11 for the Realme X2 Pro as well as the Realme 7 Pro in March. 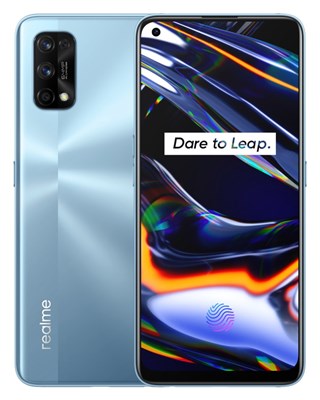 That said, Android 11 isn’t the only new kid on the block anymore since Google recently announced the release of the Android 12 Developer Preview for the Pixels.

Android 12 is expected to bring a bunch of new features, some of which are already present in the Developer Preview, however, we’ll have to wait a few months before Google unveils all of it.

Like last year, we expect Realme to be one of the first OEMs to offer the Android 12 update with its Realme UI 3.0 skin for its flagship smartphone for 2021.

And the company will later push the update to other models that came with Android 10 or later pre-installed as it tends to release 2 major OS updates to most devices from its portfolio excluding some budget-friendly options.

Since Realme does not have a clear-cut policy for software updates, it’s hard to say which devices will get the upcoming Android 12 update.

Although taking into account past trends, we’ve come up with a list of phones from Realme that may be eligible for the Realme UI 3.0 update based on Android 12. Check it out below:

Last year, Realme rolled out the Android 11 beta update for the Realme X50 Pro at the beginning of July. Hence, we can expect to see a similar release schedule this year.

According to the Android 12 release schedule from Google, the stable Android 12 update will go live towards the tail-end of August or in early September, which was the case with Android 11.

Once the stable update goes live for the Pixels, it’s likely that Realme will open up the Realme UI 3.0 Early Access program for the flagship device it will be launching this year. After a couple of months of testing, the company may release the stable update as well.

Other eligible smartphones from Realme will soon get the Realme UI 3.0 beta/stable update based on Android 12 in the following months. Although, that’s hard to speculate and we’ll have to wait for the company to share its plans later on in the year.

IST 10:45 am Realme only has a single China-specific device geared up for Android 12 program this year. Realme GT Neo has been picked up as the device for this year’s program.

This may sound disappointing to other devices as users were expecting at least one device that is globally available.

Note: We’ll add the tracker table to this article once Realme seeds the Android 12/Realme UI 3.0 beta or stable update to any device.