While Apple was leading the global mobile phone market in the first quadrant of 2021, the company saw its advertising peak melting as it went down by 31% in the ongoing year. The advertising ratio went from 56% to 44% in February to 70% and 30% in favor of android in June 2021, as per Singular data. This helped Android a lot in terms of profit. 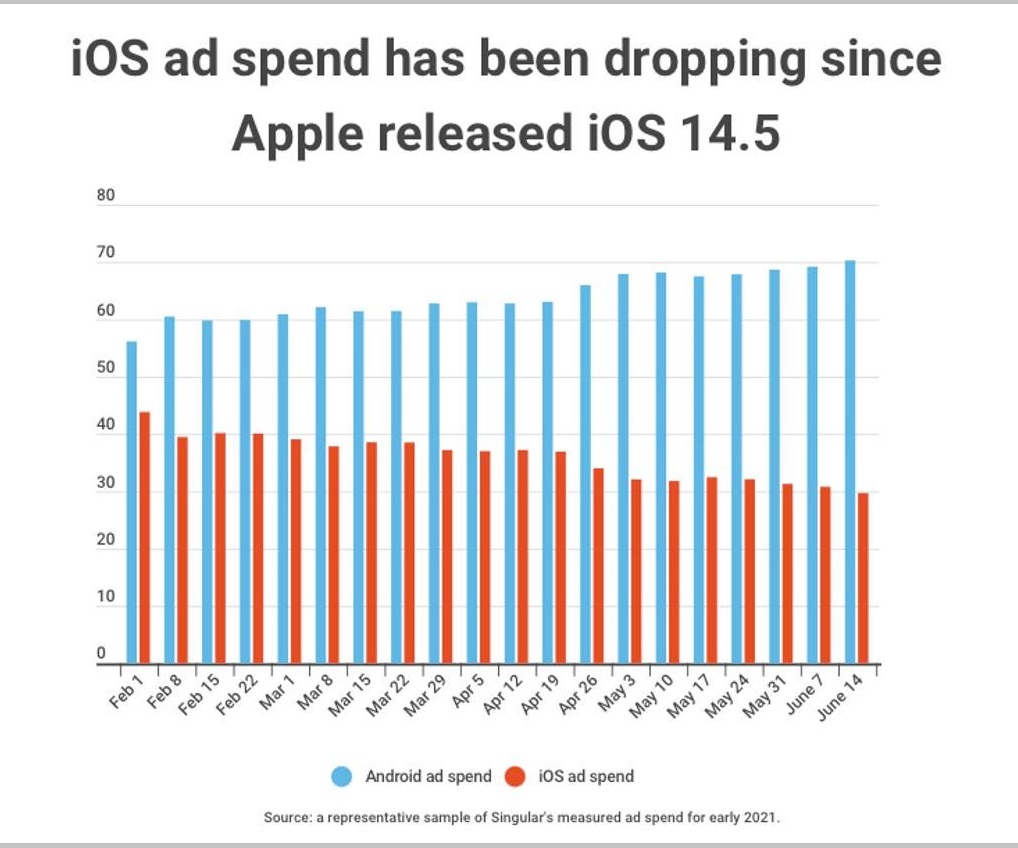 The latest iOS 14.5 update is one of the main reason behind this as it disapproved the way advertisers used to work and gave the authority to the iOS users to decide if they agree with the ways advertisers work. This no doubt has made advertising process much more safe and secure but the drawback is that now it is more challenging to estimate the exact value. As a result Android started to receive the attention that was previously given to iOS by advertisers and as an impact, for the first time Android was able to take over iOS advertising price.

While Apple suffered a 50% fall in ninety days estimated value for iOS users, Android was having a 2.5X rise earlier this month as reported by Adam Landis, the Chief Executive Officer of AdLibertas. It is still considered to be a short-term change but the actual impact still can not be detected. Since Apple products are thought to be over priced, it’s users are even considered to have more worth as well.

Just because Apple had an advertising fall doesn’t mean it happened accidentally it seems the company was already aware of the incoming impact so to counter it as much as possible, the developers spent with open hands at the beginning of 2021. It is believed that it will take some time for advertisers to get used to the new update, but once they learn how to manage this, Apple will regain it reign. This is because Apple users are more valuable and advertisers won’t let them slip away easily.

Still this is all hypothetical and right now the data is suggesting that Apple could fail to regain all of its advertisers because at this moment they are earning more from Android. The suffering for iOS developers is still not over yet and will take some time before things start to rule in their favour once again.